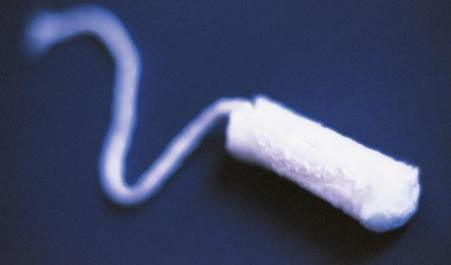 Photo by Cristina Candel/Cover/Getty Images
SAN FRANCISCO (CBS SF) — A marketing executive has started a movement that she and others hope will result in free tampons and pads in all public restrooms.

Columbus, Ohio resident Nancy Kramer created a non-profit called Free The Tampons Foundation to bring the message of free tampons at airports, schools, parks and other public places, saying restrooms outside the home should offer them just like toilet paper. “Whoever pays for the toilet paper should pay for the tampons and pads as well,” Kramer told KCBS Radio on Monday.

Kramer said the first time she saw free tampons in a restroom was in corporate offices of Apple Computer in 1982. “I thought, ‘Why don’t we have this in every restroom?’” she said.

According to a survey commissioned by Free The Tampons Foundation, more than 3 out of four women have started their period unexpectedly in public without the supplies they need.

“It’s about equality in the bathroom,” Kramer said. “When you go into a man’s bathroom, everything he needs to attend to his normal bodily function is there. That’s not the case in a woman’s bathroom.”

Kramer said tampons and pads are much more of a necessity than toilet seats covers, and noted having no comparable equivalent for men is part of the problem. “I think we all can agree that if men got periods it wouldn’t even be an issue.”

The campaign invites women to note on social media where they find free tampons and where they don’t, and seeks contributions to help spread the message.

My pledge to my daughters was that before I die I’d like to see tampons and pads freely acceptable in all public restrooms, so that’s what I’m shooting for,” said Kramer.